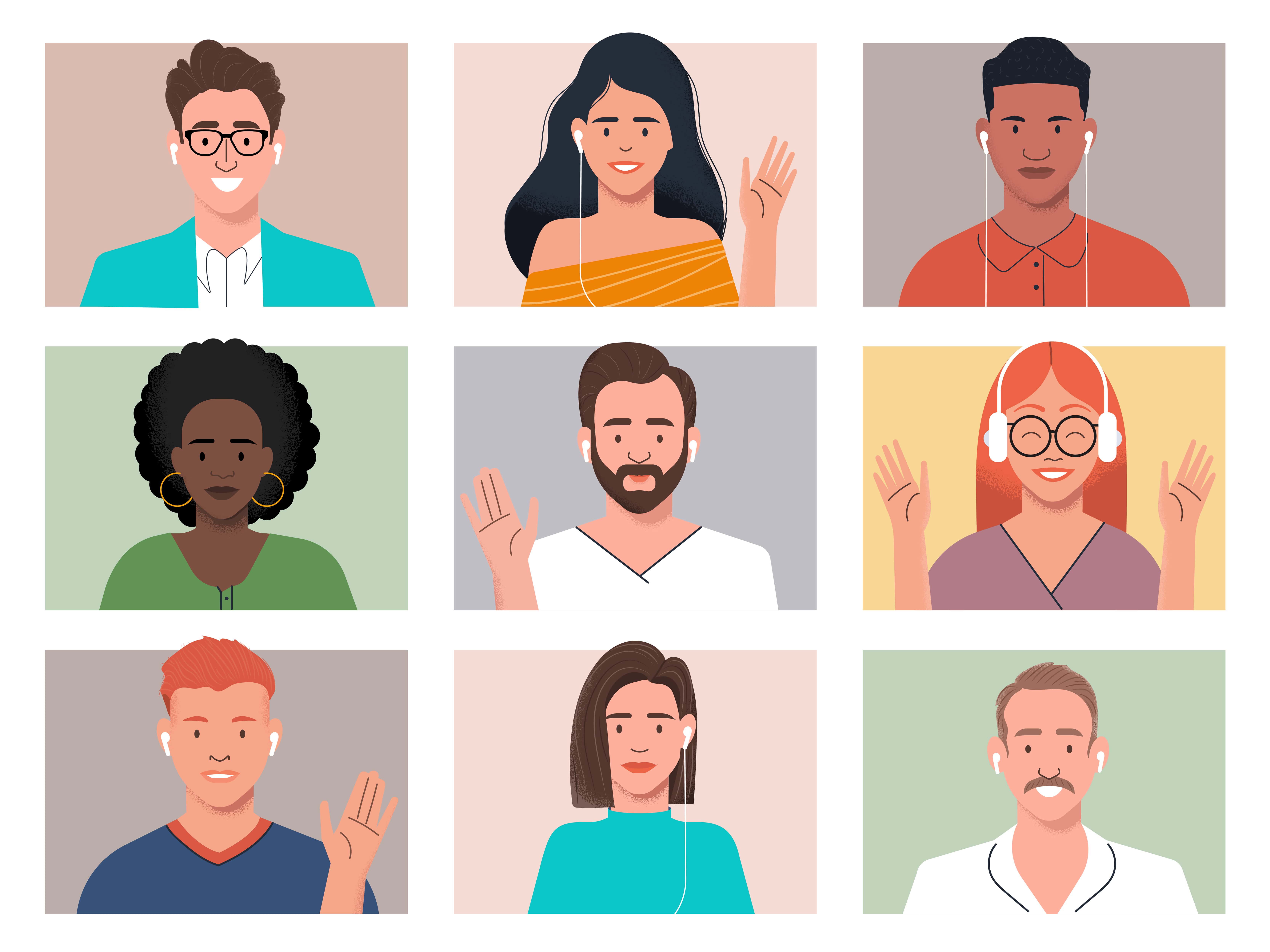 Save a Spot for Your School 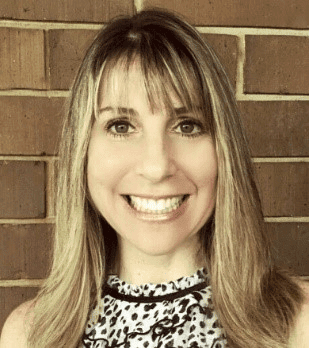 The WomenTech Educators Training got us thinking intentionally about who we were going to target for outreach, how we were going to target them, and how we would follow up to make sure we had actual results linked to the different programs and events that we were holding. Since then, it has grown organically and blossomed into something that our college just does naturally.

I think getting together as a team with intention—because we're all so busy—and developing a written plan that we could stick to was what made all the difference. I don’t think we would have ever done that if it wasn't for the WomenTech Educators Training.
~ Michelle Levine
Interim District Director of Faculty Development, Broward College, FL
Engineering Technology

I’m happy to say it worked! Our Engineering Technology program went from 2 female students to 12 in only one semester and retention went from 50% to 100%.

I've been an educator for a very long time: 40 years in education and 30 years at a community college. I thought I knew everything related to education. Well, I quickly found out with the WomenTech Educator’s program that you were guiding us through there were a lot of strategies that I had never realized we should try, things I never would have thought about doing myself to interest females in STEM fields. I also found out that there were many people at the college that were interested in the project. Getting people to buy in as early adopters in several areas in the college was very important.”

The knowledgebase that IWITTS provided us on how to build an outreach strategy that targeted women helped us to tap existing resources within the college and led to our great results—from zero to 7 women in the Automotive Pre-Apprenticeship program in 2.5 months.

“There was a big difference in how we recruited for our 1st cohort of Pre-Apprentices—which had no women—and our 2nd cohort that had 7. The WomenTech Training gave us a robust Version 2.0 Outreach Strategy. We had an entire platform and the messaging including: a Women and Automotive website, flyers featuring female role models, and a fact sheet with talking points about why automotive and apprenticeship is a good field for women. Plus, we had 3 Women in Automotive Meet & Greets with female automotive technicians.
~ Monique Forster Pascual
Director of Apprenticeship & Instructional Service Agreements, Workforce Development, City College of San Francisco, CA
Manufacturing 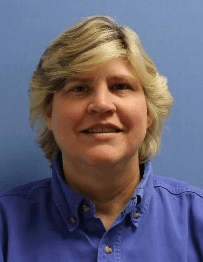 If you’re tired of spinning your wheels attempting to get more women in your program, then the WomenTech Educators Training is the way to do it.

I think the team was the biggest difference. We were able to get all kinds of perspectives. I think it worked much better because we had buy-in from the instructors and the staff—if you're working on it and you're part of it, you own it. Our team owned the Recruitment and Retention Plans. We were able to hear what strategies had been tried in the past that didn’t work, so we could leave those out of our plan.
~ Nancy Wilson
Assistant Dean, Career Technical Education, Lawson State Community College, Bessemer, AL
Makerspace 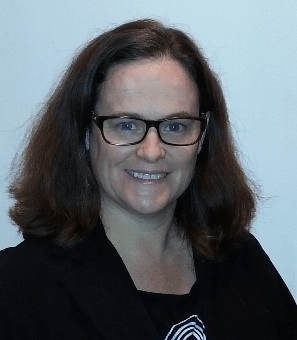 CCSF achieved 50% female participation in the new Makerspace 101 course, 2 semesters in a row.

“The WomenTech Makerspace Training brought our team together and was expertly facilitated. It enabled CCSF to achieve our grant’s goals to make our MakerSPHERE inclusive to ALL students from day one. It led us through the process of capturing our busy faculty's ideas, and collected them in a very effective way.

I don’t think we could have gotten to this point without Donna's facilitation. I knew from my past experience with IWITTS that Donna could help us create a plan that would produce results.
~ Maura Devlin-Clancy
MakerSPHERE Coordinator, Faculty, CNIT Department - Web Development Programs, City College of San Francisco, CA
Cybersecurity, Construction, Engineering, Manufacturing 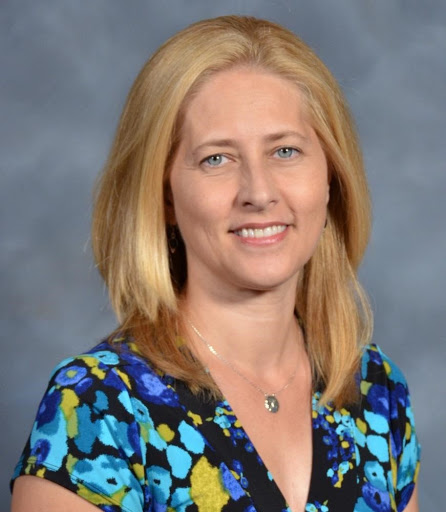 “The greatest benefit was seeing almost immediate results. In the first fall semester following the training, we saw female enrollment in our carpentry program go from 7% to 17%, and we saw overall growth in all four targeted programs.

The WomenTech Educators Training helped us think outside the box for recruitment and retention of female students. The mostly male faculty of these programs became more aware of the simple things they can say and do to encourage women to pursue these career fields.

I would recommend the WomenTech Educators Onsite Training & Coaching to other schools. This is a great way to get the conversations started around how to help women feel more welcomed into male-dominated career fields.
~ Pam Gibson
Dean of Engineering and Applied Technology, Fayetteville Technical Community College, North Carolina
Manufacturing

Female enrollment went from only 1 female student to 9 out of 13 the next semester. Retention of both female and male students went from 50% to 100%.

“The WomenTech Educators Training was very eye-opening and it provided a vehicle and framework to focus our efforts. The most valuable aspect of the training was building our team! Getting a group of people focused and thinking about retention was a good thing. Getting institutional buy-in is critical. While top-level management needs to know what's going on, it's the faculty—the people actually doing the work—that you need to get on board.

When our team first participated in the WomenTech Educators Training, we were focused on the BioTech Manufacturing program, but we built that up and we've now translated the training to our other Manufacturing programs with a similar approach.
~ Dr. John Henshaw
Dean of Workforce Development at Mount Wachusett Community College and Project Director for Massachusetts Advanced Manufacturing TechHire Collaborative
Emerging Technology

“We were able to go from only 1 female student to 15 in an Emerging Technologies course the very next semester after the training. A year later, we awarded almost half of our 43 Video Game Design & Development certificates to women.

Our college is a numbers-driven organization, so we know that the strategies we tried after the WomenTech Educators Training really made an impact. We now have more women in the program than we thought would be possible. In fact, we're one of the programs that actually got off Perkins' Naughty List for not having enough women represented in the program because we were able to start meeting our goals.
~ Mark Evans
Program Chair and Instructor, Emerging Technologies, Athens Technical College, GA
Talk to Donna

How many women are in your technology classrooms? 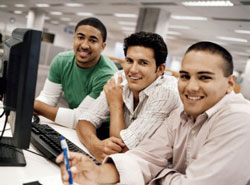 Find out what IWITTS is doing to get more women in the picture and why it matters.

The Institute for Women in Trades, Technology & Science's (IWITTS) work focuses on ensuring that working women are part of the science and technology landscape with an emphasis on technician-level careers. Sometimes we are asked, "Why focus on careers at the technician level? Every girl and woman should have the opportunity to go to four-year colleges."

True, however, if we only introduce women and girls to engineering and science careers that require a bachelor's degree or graduate education, we will have missed the opportunity to impact the majority of women and girls who come from working families and who attend community colleges, not four-year universities.

IWITTS strives to bridge the gender gap in technology for these women and girls in particular because 1) they have made the fewest inroads in the science and technology workforce and 2) they are among those most in need of better jobs.

Women and girls of working families deserve entrée to the jobs of the future -- green jobs, biotechnology, medical information technology and construction all provide a pathway out of pink-collar poverty for everyday working women.

Statistics show women not in the picture

The percentage of women in Science, Technology, Engineering and Math (STEM) education and related occupations is still very small.  This is especially true at the technician level, where women have made fewer gains in the workplace than at the four-year college and post-graduate level. While occupational segregated data by gender is scarce both in the education arena and the workplace, the general consensus is that women are underrepresented in STEM with the exception of biology related fields.

As a result, there are still many classes and workplaces today with no women or girls.

According to the most recent data available from the National Center for Education Statistics, within the U.S. Department of Education, young women in high school made up only 14.5% of engineering technologies concentrators, 8.5% of manufacturing, 15% in computer and information sciences and 9.6% in construction and architecture (2005). Nationally, in 2007 females made up 58% of two-year college enrollment, however, in 2006-2007 females received only 15% of the A.S. degrees in engineering technologies. According to the National Science Foundation, females made up only 17.4% of undergraduate engineering students in 2007.

According to the US Department of Labor Women's Bureau, in 2008 women were only 11.5% of engineers and 22.4% of computer programmers and 20.9% of computer software engineers. Women at the trade and technical level are even fewer. They made up 7.5% of installation, maintenance and repair workers, 4.9% of surveying and mapping technicians, 3.3% of Telecommunication line installer and repairers, 1.6% of automotive service technicians and 1% of electricians.

The majority of women work in nonprofessional occupations -- 60% according to the Women's Bureau, and in 2009 the median weekly earnings of women who worked full-time were $657 or 80% of men's $819. Most of this differential in wages has to do with occupational segregation by sex. The top 20 leading occupations for women in 2009 included secretaries, cashiers, home health aides, childcare workers, maids, retails salespersons, receptionists and office clerks -- all low paying occupations without natural career ladders up.

The absence of women from STEM education and careers affects more than the women; it is a missed opportunity for those fields. Women bring a different perspective that shapes and influences STEM disciplines. Research shows that women -- as a group -- have a greater interest than males in how technology will be applied, in particular to help others, and women naturally have a greater understanding of what is important to and appeals to women.

Here are just two examples of how women in STEM enhance the field from a substantive perspective.

Having more women in the picture will not only help women themselves -- it will also help society benefit from their expertise -- whether it's ensuring women are included in clinical trials or developing a prosthetic knee that works better for women. We are all enriched when women fully contribute to the advancement of science and technology.

Women CAN be part of the picture

IWITTS's national and state demonstration projects have positive outcomes that prove that proactive recruitment coupled with retention solutions can significantly increase the number of women in STEM. IWITTS provides educators with the tools to close the gender gap for women and girls in technology.

I look forward to the day when it is normal to see a woman electrician, auto technician, pilot or engineer. Then the picture will look like this: 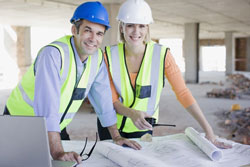